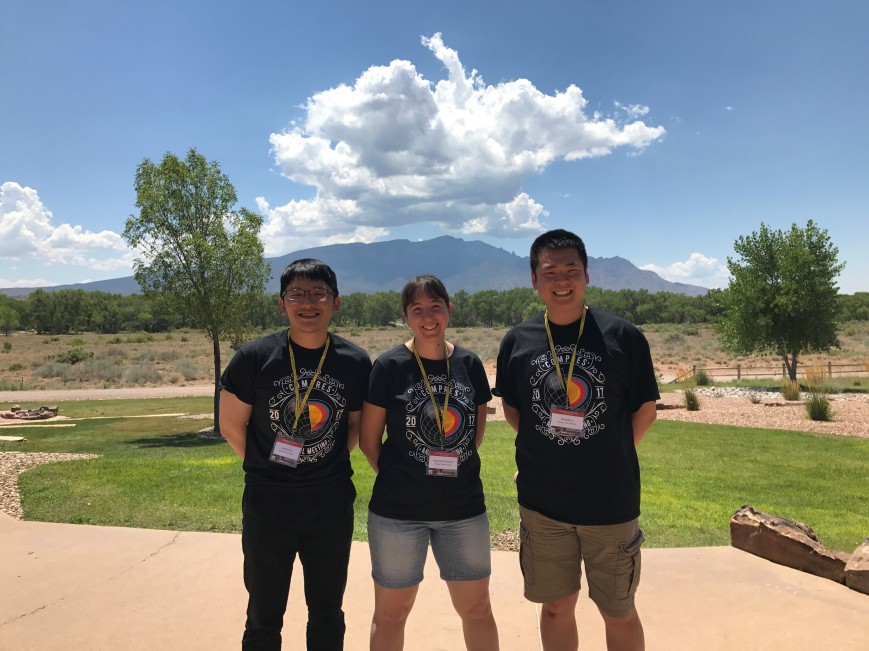 We’re back from the COMPRES 2017 Annual Meeting in Santa Ana Pueblo, NM. Big congratulations to Mingda Lv, who received a student presentation award and was elected to the COMPRES Student and Postdoc Committee! Suki was also elected to Chair the COMPRES Education, Outreach, and Infrastructure Development Committee. MSU had FIVE posters at the meeting: